2.) Outline the cellular components of a prokaryotic cell.

3.) The allele for tall plants (T) is dominant over the allele for dwarf plants (t). State the possible genotypes and phenotypes of a plant for this trait.

⦁ The genotype is the set of genes in our DNA which is responsible for a particular trait. Genotype contains all the hereditary information of an individual, even if those genes are not expressed, Genotype refers to the pairs of alleles
⦁ The phenotype is the physical expression, or characteristics, visible trait. (expressed genes only), the observation of the individual.
⦁ The phenotype depends upon the genotype but can also be influenced by environmental factors. For example, two organisms that have even the minutest difference in their genes are said to have different genotypes.

4.) Explain how a base pair substitution in DNA can cause sickle-cell anaemia.

⦁ Point/gene mutation by changing one base to another causes the base pair substitution
⦁ GAG has mutated to GTG, from A to T (in a sense strand of DNA)
⦁ CTC has mutated from CAC/T to A (in the antisense strand of DNA)
⦁ One codon in the mRNA differs, instead of GAG, GUG appears (in the mRNA and is read during translation)
⦁ GUG of mRNA binds with the anticodon of different tRNA (to the tRNA usually used)
⦁ The new tRNA is attached to valine instead of glutamic acid
⦁ Causing replacement of glutamic acid by valine in the growing polypeptide
⦁ The replacement alters the properties of haemoglobin
⦁ The deformed haemoglobin causes red blood cells to take up crescent/sickle shape
⦁ Sickled red blood cell carries less oxygen to cells and can cause anaemia
⦁ Sickle cell anaemia is an autosomal co-dominant characteristic

5.) Mendel is known as the father of genetics for his extensive experimental work with peas and different types of crosses. In a classic example of Mendel’s work, he determined that the gene for pea colour had two alleles. The allele for yellow colour was dominant and the allele for green colour is recessive. Draw a Punnett square to cross two heterozygous yellow peas and determine the predicted genotype and phenotype ratios of the possible offspring. 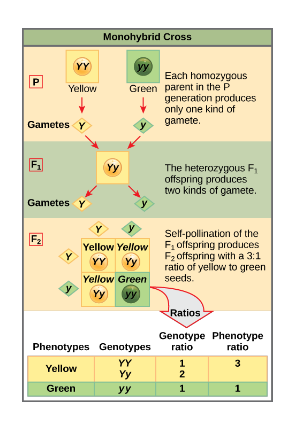 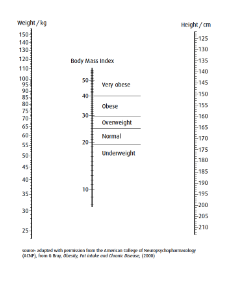 C. Outline the relationship between height and BMI for a fixed weight.
As height increases, body mass index decreases or vice versa.

The results are shown in the scatter graphs below.