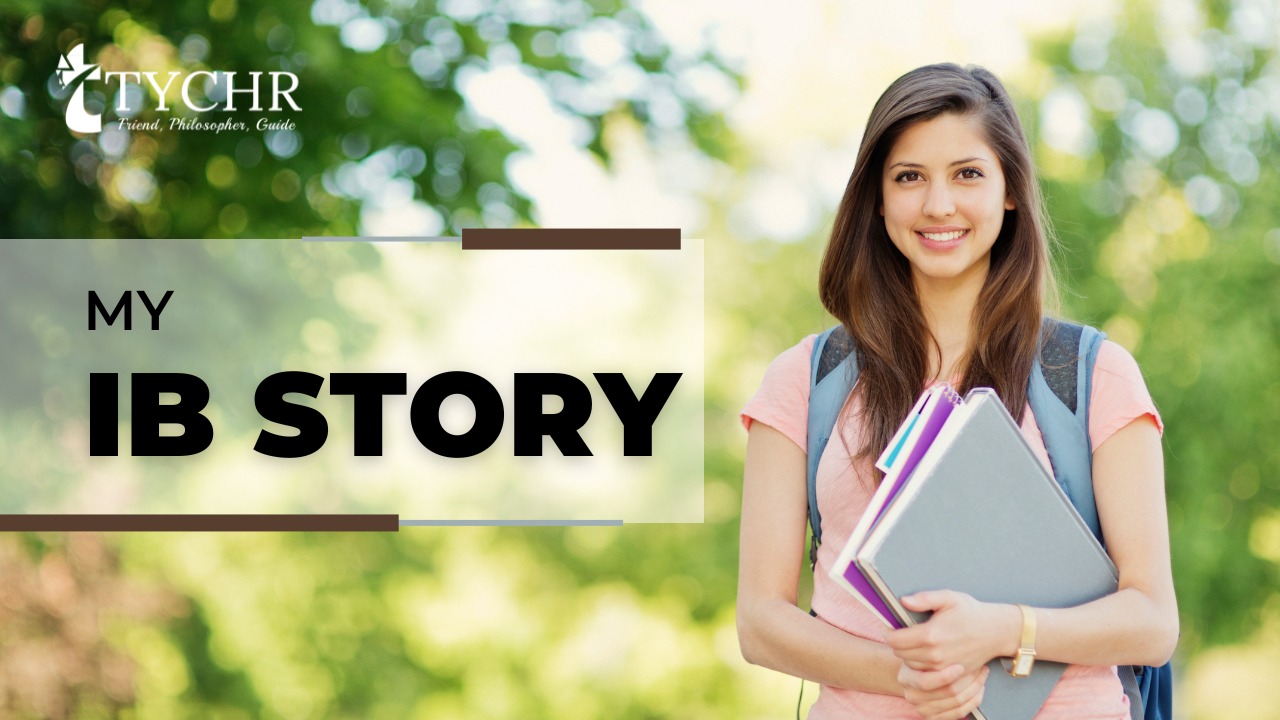 Here’s one for you – the hard truth.

The best way to know the struggles and strengths is to hear it straight from IB students, don’t you think? I studied IB during the years 2019 and 2020. That’s right, I was one of the “Covid-19” or “the online class” batch for my DP Year 2. Nevertheless, I’m here to talk about the entire journey. Like everyone, I was laid back in the beginning of 2019. “It’s only grade 11; there’s no need to focus now. The work comes later, let me have fun now while I can.” This was precisely my mind set and not only mine but almost that of everyone in my batch to be honest.

My initial subject choices were: IB Mathematics HL (we didn’t have the AI and AA segregation at that time), Business Management HL, Psychology HL, Biology SL, English SL and French Ab initio. My subject choices made absolutely no sense to me in terms of its relation with each other or my career choices (I wanted to be a fashion designer in the start). I just went with my gut and picked the subjects I thought I’d like. Unfortunately, my school didn’t provide any Group 6 subjects – there was no Arts.

However, my friends and I wanted to take up Visual Arts given our passion for the subject. We wanted to have fun, be creative and do what we love instead of sitting in a classroom with just mere lectures. Therefore, us being us, we demanded for the school to provide the subject. We went around with a petition to be signed by a good amount of people so they would hire a teacher for us. Eventually, they brought in a Visual Arts teacher.

Now, to take up Visual Arts, I needed to drop a subject. During this time (about 2 months into Year 1), I was in fact doubting all my choices because my career choice shifted from fashion designing to interior/industrial designing or architecture. Now, this field could require Chemistry and/or Physics. I used to sit in on my friends Chemistry classes during my free hours just for the fun of it. To clear my head a little, I made one decision after another. Firstly, since Visual Arts is more relevant to what I wanted to do for college, I figured I needed to take Visual Arts HL. So, I substituted Psychology HL with Visual Arts HL.

After a few weeks, I was contemplating taking up Physics and Chemistry as well because it would give me an array of career options. Therefore, I eventually dropped Biology SL and Business Management HL and took up Chemistry SL and Physics HL. Phew, a big jump right? Not to mention, catching up with the missed out portions from the first 2 months. If there’s anything you don’t want to do, it is lagging in a Physics HL class. Don’t ask me why, you just don’t want to.

Now, back to my Visual Arts teacher, he was surprisingly unaware or not thorough with the IB curriculum and what Visual Arts exactly entailed. He knew how to draw really well, might I add. We had this teacher for 6 months where at the end of the 6 months, most of us were just stagnant at where we were at the beginning of the year.

We were worried at the least about how we were going to satisfy the criteria for what was expected of us at the end of Year 2. The Visual Arts requirement for HL students was a larger portfolio and just higher quality work in terms of the comparative study and the process portfolio. Now, with 6 months gone and no work done, I wasn’t entirely confident if I was ever going to finish in time.

In the meantime, we had the school management get us another teacher. This faculty had taken IB Visual Arts classes before so it was a little calming. But, the 6 months were just gone. Most of the people in my class had taken up this subject because they thought it was going to be easy.. Or easier than subjects that required a pen and paper exam. Little did they know, something worse was coming their way. Creativity. It can either come to you easily or you could literally die of an art block. It’s frustrating, annoying but really relieving when you get the ideas and your creative juices flowing.

I know you know what’s coming. I switched Chemistry and Visual Arts. I had Physics, Chemistry and Math at HL and English, Visual Arts at SL and French AB initio. This may have been a dumb decision because I wanted to study design. But I also read that design schools don’t transfer Visual Arts credits. So, in my perspective, I didn’t really see the need to put myself under extra duress if the only other requirement was to create extra portfolio pieces. I was also not very confident about the teacher that we got and I didn’t want to take any chances either. Eventually, I just resorted to one of the most common subject pairings, PCM at HL. Engineering? It’s got me covered, so no worries.

On another note, we had to begin with our Internal Assessments and choose our Extended Essay subject and topic. This was one hell of a rollercoaster. It was not easy to hear all the teachers buzzing into our ears about the deadlines and the submissions. We could have started a lot earlier, but then again, our laid back attitude got the best of us. (The following instances all happened simultaneously.)

With an updated status, I was going at a normal pace. BAM. That’s when Covid hit. That is when I realized, the universe was not on my side. I felt like everything was going wrong, and like nothing was moving forward. The school gave us off from March 17, 2020. I was not able to directly discuss with my faculty as and when I needed help and I did not have any access to the laboratory equipment. I didn’t begin my Physics EE and IA experimentation. I was practically losing it. I needed to email, call and schedule meetings before I could progress with my experiments and drafts.

By the time I began the experiments for both, it was roughly May 2020. I had to submit my EE in 3 odd months and my IA in 4 odd months. With my belief of the universe being on the extreme opposite side to me, my EE experiment took me a little over a month. I had a lot of problems with the experiment and by the time I could solve them one by one, devise a proper experimental setup and have a really rough first draft, it was June 2020! Time flew and so did my hopes of passing IB. My IA wasn’t going too bad. I had a good draft at the beginning of June 2020.

Now, I needed to prioritize my EE but that also didn’t mean disregarding the work I have left in the other subjects.

Everything was going well on track; I had drafts, I made corrections and I picked up the pace. At one point, I had an EE with nearly 5500 words. Since I didn’t reread what I wrote when I was half asleep, it would’ve been repeated and possibly gibberish. But that was okay. That was when I hit another speedbreaker almost mid September 2020 – almost 2 weeks before the final submission. I had a rather good draft with my results and conclusion and practically everything. It was good. But I rechecked my calculations with my secondary evidence and they did not match. My results were in fact the entire opposite to the trend I expected. So, I had to rework the calculations and remake the graphs and find supporting evidence. It was a few days before the submission. Staying up till 4 throughout the week to get it done.

I did eventually get evidence on a silver platter that directly supported my findings. I submitted my EE. I was relieved. I will never forget the amount of research I did for the entire document. It was A LOT of research. Days and days of just looking through about a 100 websites before I could get solid and sensible information on the document.

Over the course of the next few weeks, IA drafts were being corrected, edited and on the verge of finishing.

Note: Amidst all of this, the debate of whether the exams would happen was going on. We weren’t sure if we had to study for the exams till September 2020, I think. While we kind of saw it not happening on campus, we started focusing on everything else more.

I did not forget my TOK exhibition, essay and my CAS journal. They were also a part of this incredibly stressful journey. All in all, I’m sure you would understand that the problem I had was time management. My schedule and deadlines were all over the place. *I recommend you do not try this at home. Period.*

What I’m trying to say is that despite the ample problems I had, I was able to get through with the help of my teachers and my mind set towards the end. I scored a 39/45 (without the examinations) and was fairly satisfied with it. A 7 in Physics and a 6 in Chemistry, English, French, Math and Visual Arts, a B in my EE (missed A by one mark) and TOK. It may feel like everything is in fact going to s*it and everything is set to be doomed. This is what my experience with IB was. It might have been better for other people or worse.

Here’s a fun fact! After all this, I ended up going to a college in India and all that mattered was the entrance exam! Nevertheless, IB was totally worth it. I have learned a lot of things in the process that will definitely help me in the future. I can guarantee that. It is worth the stress because this experience gets embedded in your mind to not repeat the same again. Everyone has different takeaways. Mine was majorly time management.

Okay, my rant ends here. I finished all my work on time and it was of good quality.

If I can get through it, you can too. Now, before this becomes another EE, I’ll end it here. The purpose of this was not to intimidate you but to make you understand that everything happens for a reason and it happens only for the better. You will learn to get through it and the journey is what matters the most.  All the best! 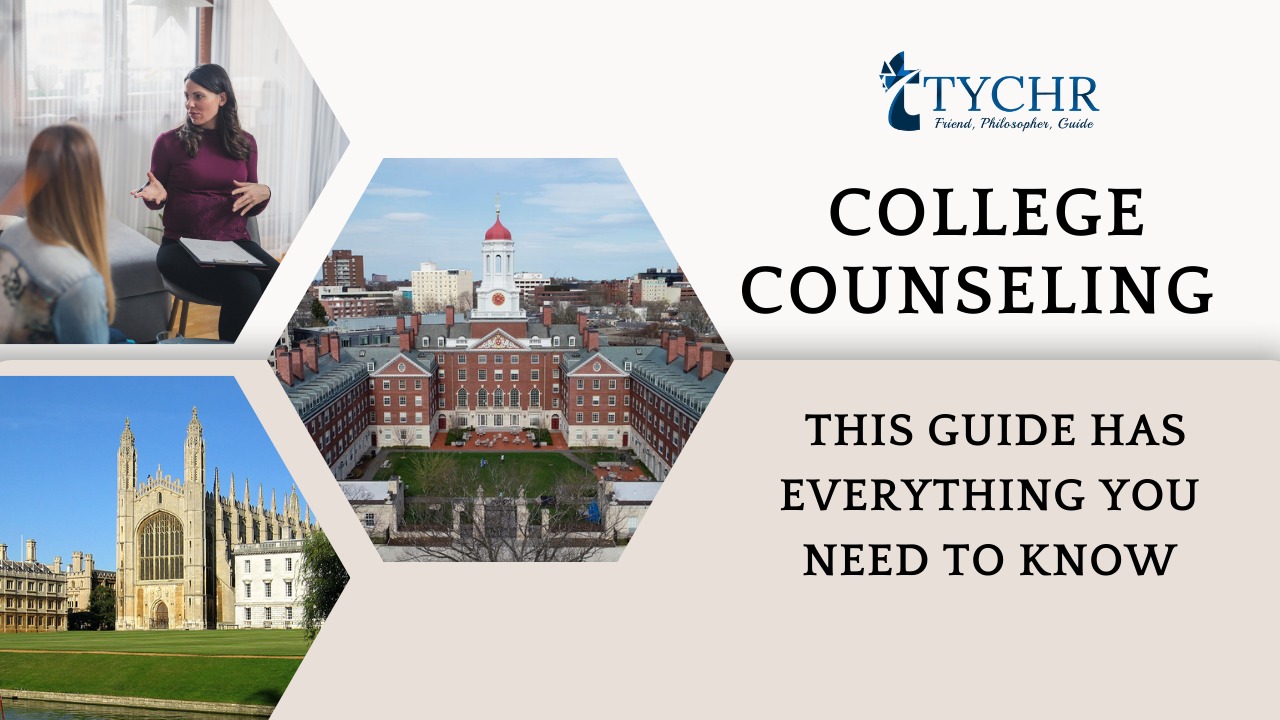 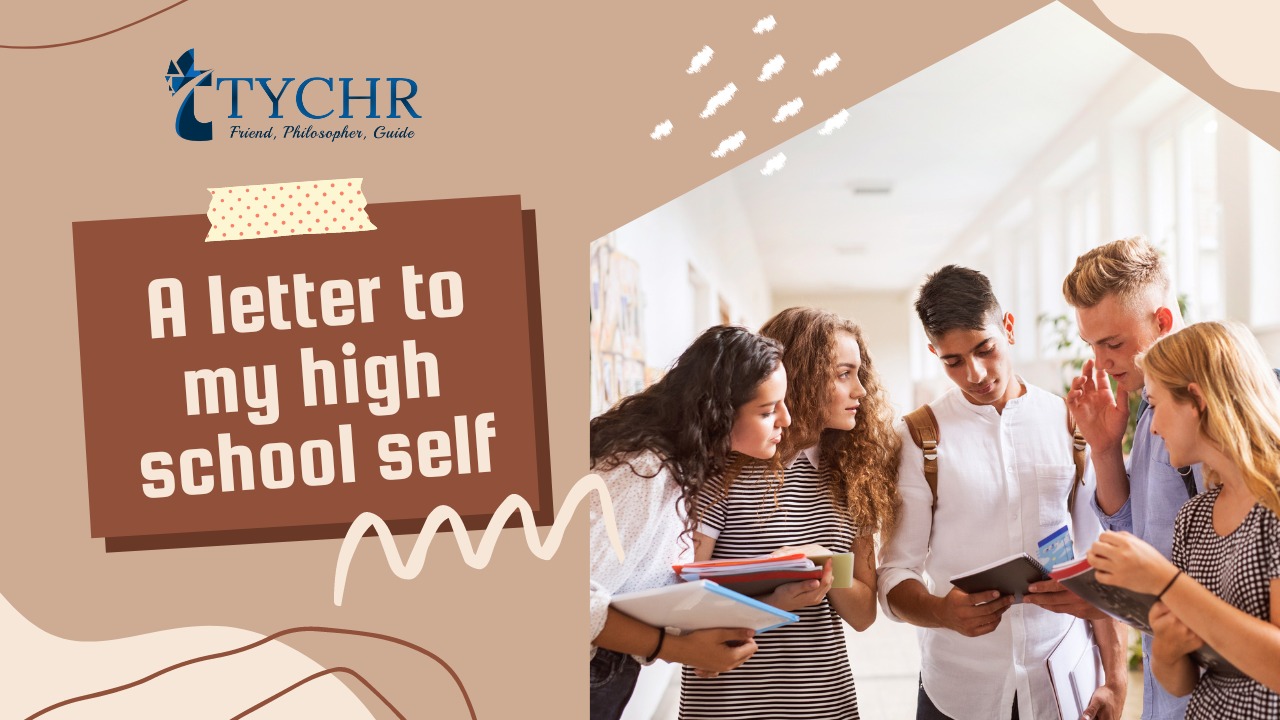 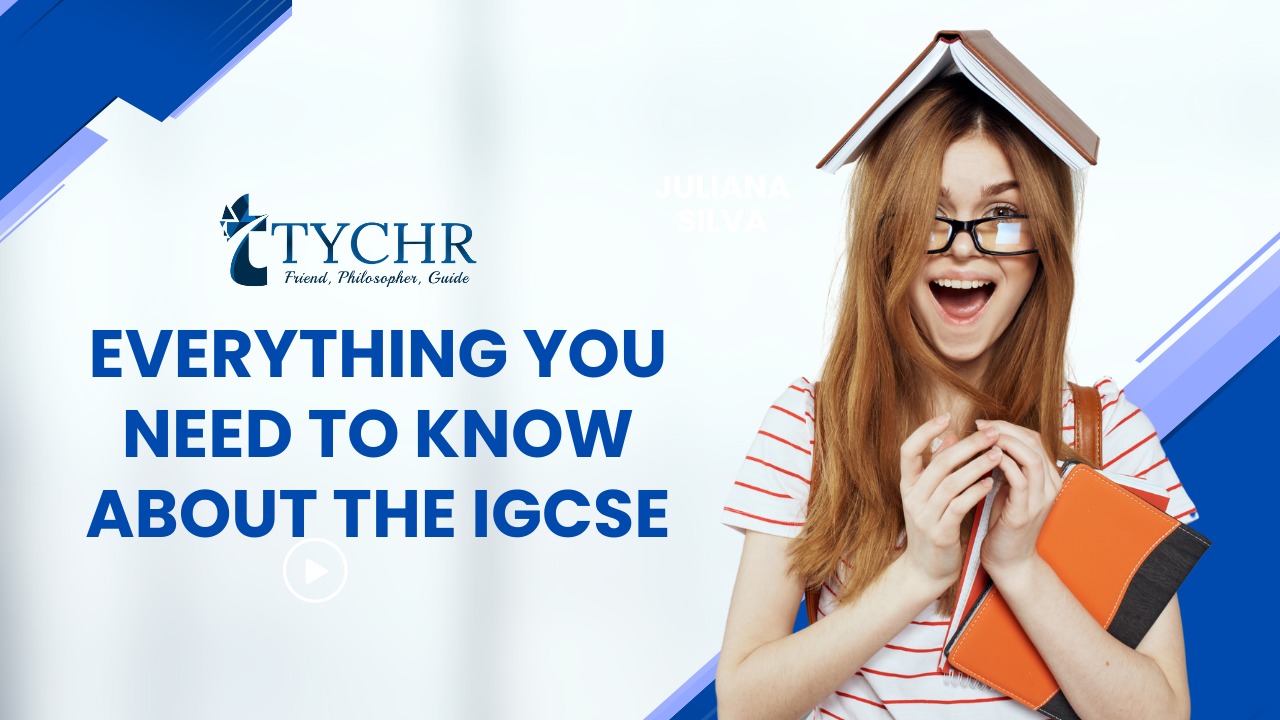 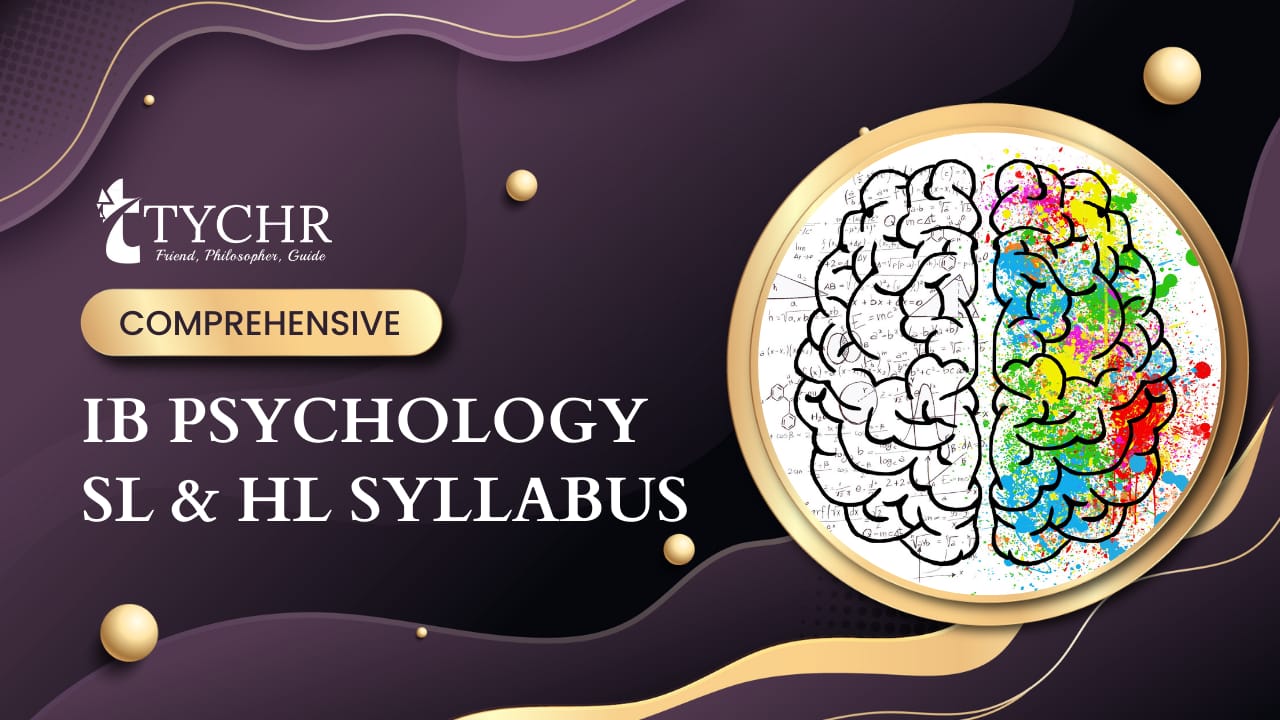 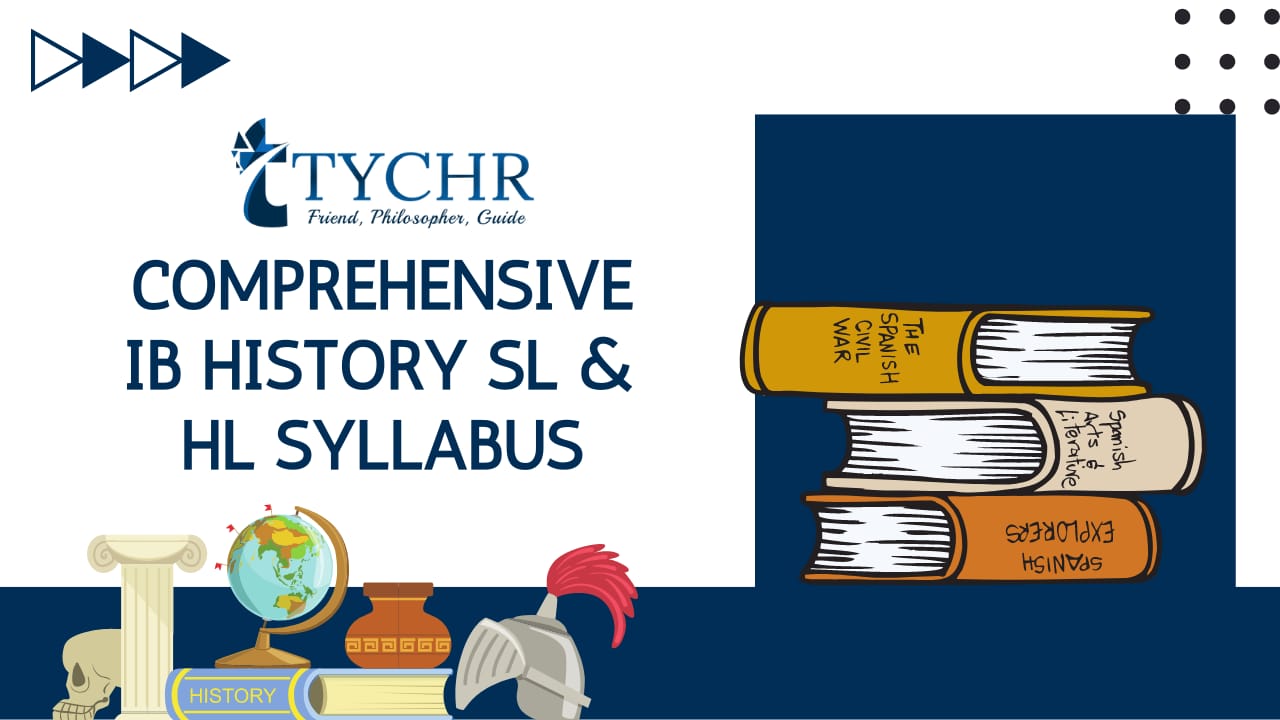